A Fender Hot Rod Deluxe arrived that was not well.

These 40 watt amps sound pretty good when they are working. However, a number of faults appear as they age.

The obvious fault was that the 6L6’s were worn out. They were dull and noisy.  However I could only find this out when we got the amp to make some sound !

When the back was removed one of the output valves was not lighting up at all.  I tested the 6L6′ s and while worn the heaters were fine.  An easy way fo you check your on amp if this happens is just to swap positions on the 6L6’s If one is still not lit then something else is in the amp is faulty.

The problem was that there were solder dry joints on the valve bases. They look soldered but actually are making no contact. This is usually because the solder flux is trapped in the solder joint. I re-soldered the offending valve base and all the others. 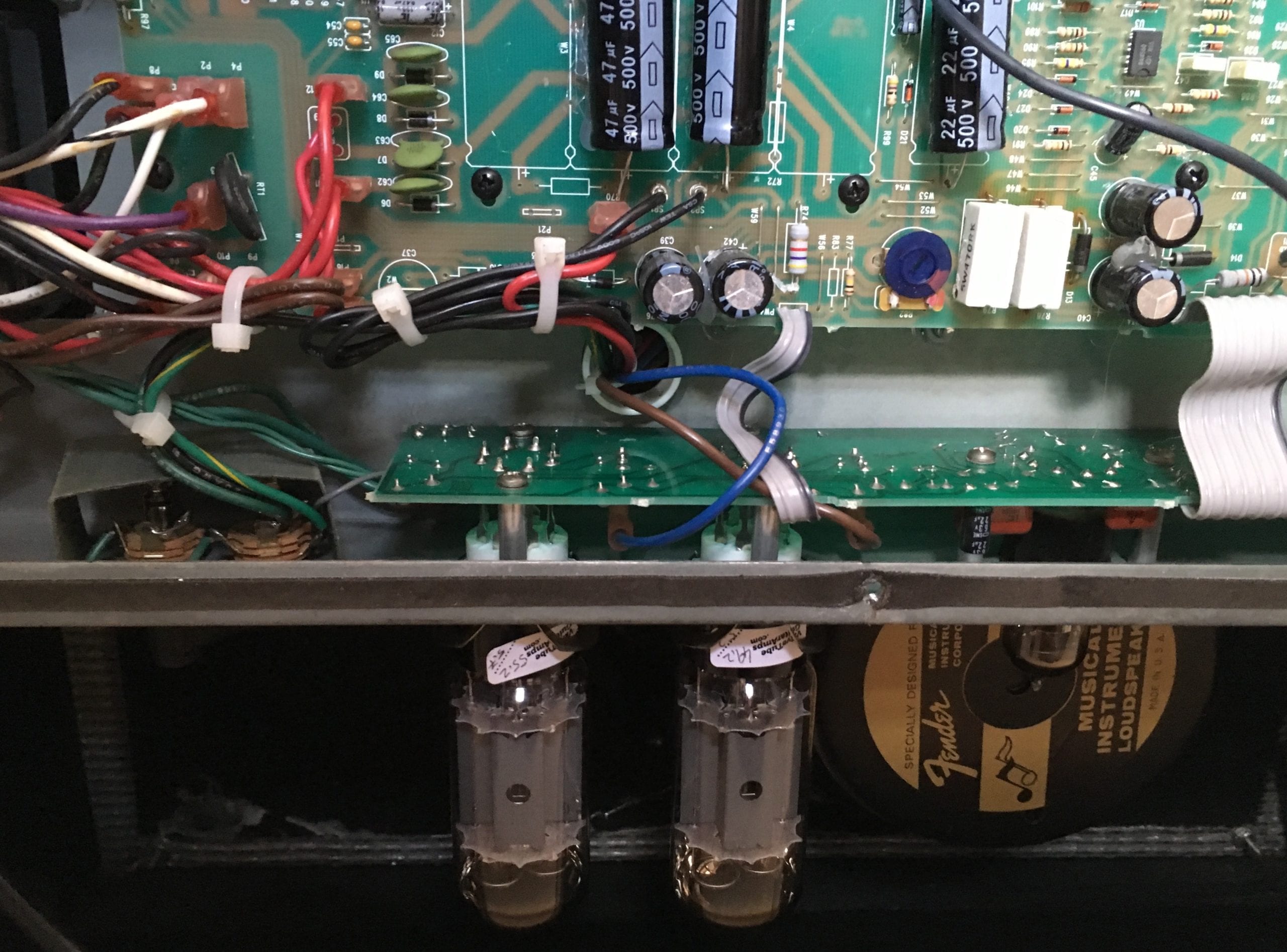 After playing the amp for 5 minutes there was an increase in hum and the notes were raspy. I checked out the board and found the issue was coming from the first valve right at the input but the valve tested as fine.

I removed the complete pcb and as we had dry solder joints on the valve pcb there was a good chance we had the same on the main board. There are several ribbon cables going from the main board to the valve board and this is always an area for bad joints. removing the main board gave me full access to all the connections. I re-soldered all the ribbon cables and the components around V1. I then ran the amp for a few hours, doing playing tests afer 15 mins, then an hour , 2 hours etc.  The amp played perfectly and sounded clean, no hum and very gentle noise.

I re-assembled the amp and ran it for 4 hours and it worked just as it should. So hopefully it will run now for a good few  trouble free years.

One issue in these amps are the power supply capacitors and here is a link to article on that issue which is common to Fender Hot Rod Deluxe amps and her sister the Fender Hot Rod De Ville.  This article talks about some other Fender amps too

We have the Sovtek original versions in stock

A three pack of 12A7WC  ( = Groove Tubes 12AX7). These are great sounding and low in microphonics

The “W” in the valve part number denotes a ruggedised valve for longer life.