A Laney VH100R amp head came in for a service.  While “nothing” was wrong with it, the owner decided just to have its health checked out.

On switch on it was clear that a couple of the pre-amp valves had gone microphonic and the bases of the EL34B were all burnt. A sign of a lot of heat! Seemingly the  output valves were original and 7 years is a long time ! It was suspected they were past their “sell by ” date.

I tested them on one of our AVO valve testers and saw an interesting effect. Each of them warmed nicely and initially ran at 50mA anode current. However, leaving each running the current dropped into the low thirties. These poor guys were worn out !

I fitted a nice new shiny quad set of Tung EL34B’s and used low microphonics Tung Sol 12AX7’s. These have a nice rich tone but are noisier than the JJ ECC83S. This amp is used for live gigs so I opted for the trade off of  better mid and high tonal qualities. A fatter sound.

The EL34B’s were set to 65% of full power so as to give long life. According to the owner’s taste it can be tweaked up some more if a more crunchy sound is needed. EL34B are fitted to these amps when new so we wanted to preserve the original character of this amp 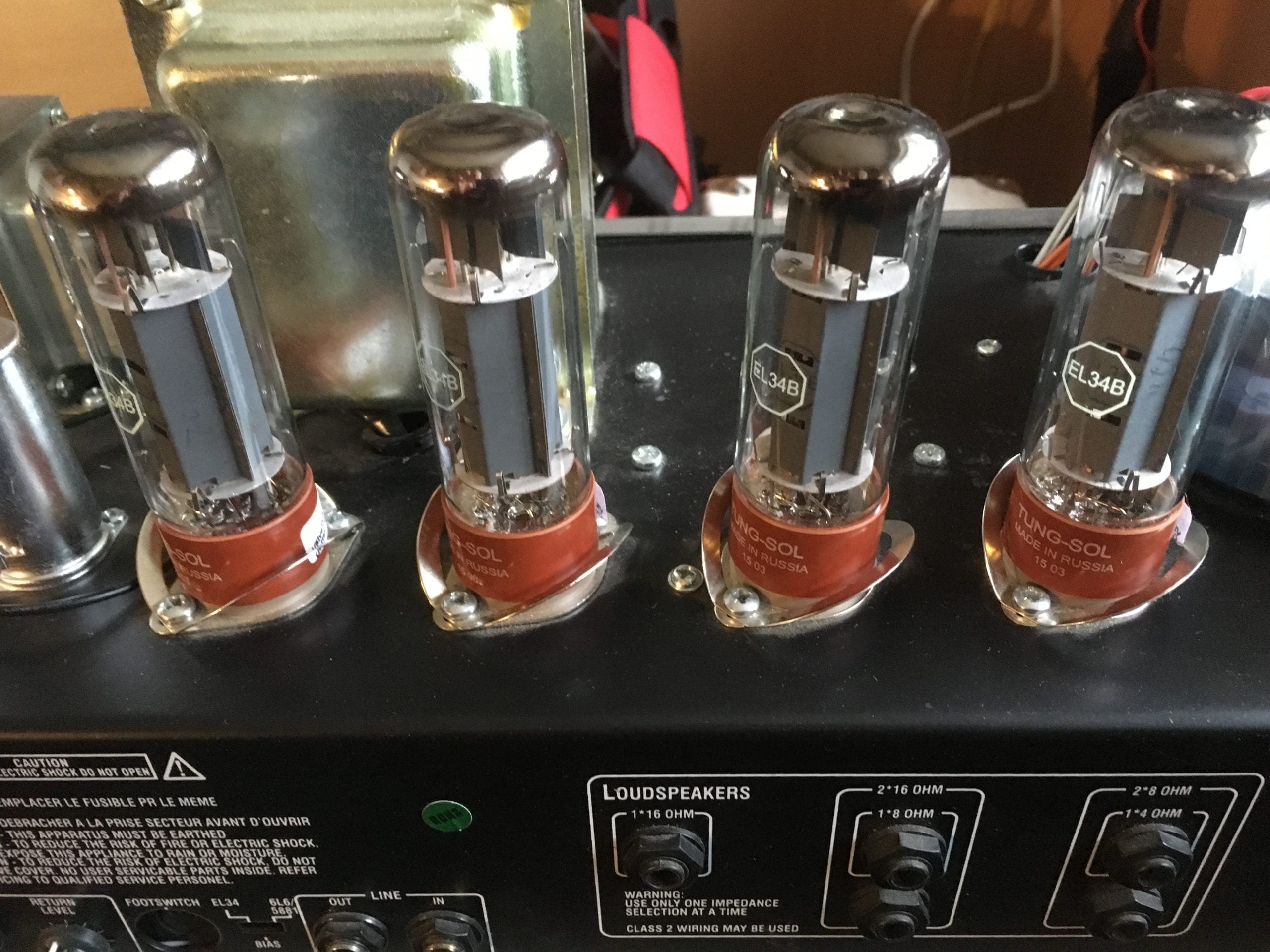 Te mechanics of this amp are superb. Everything fits right. Here is the inside of the amp. 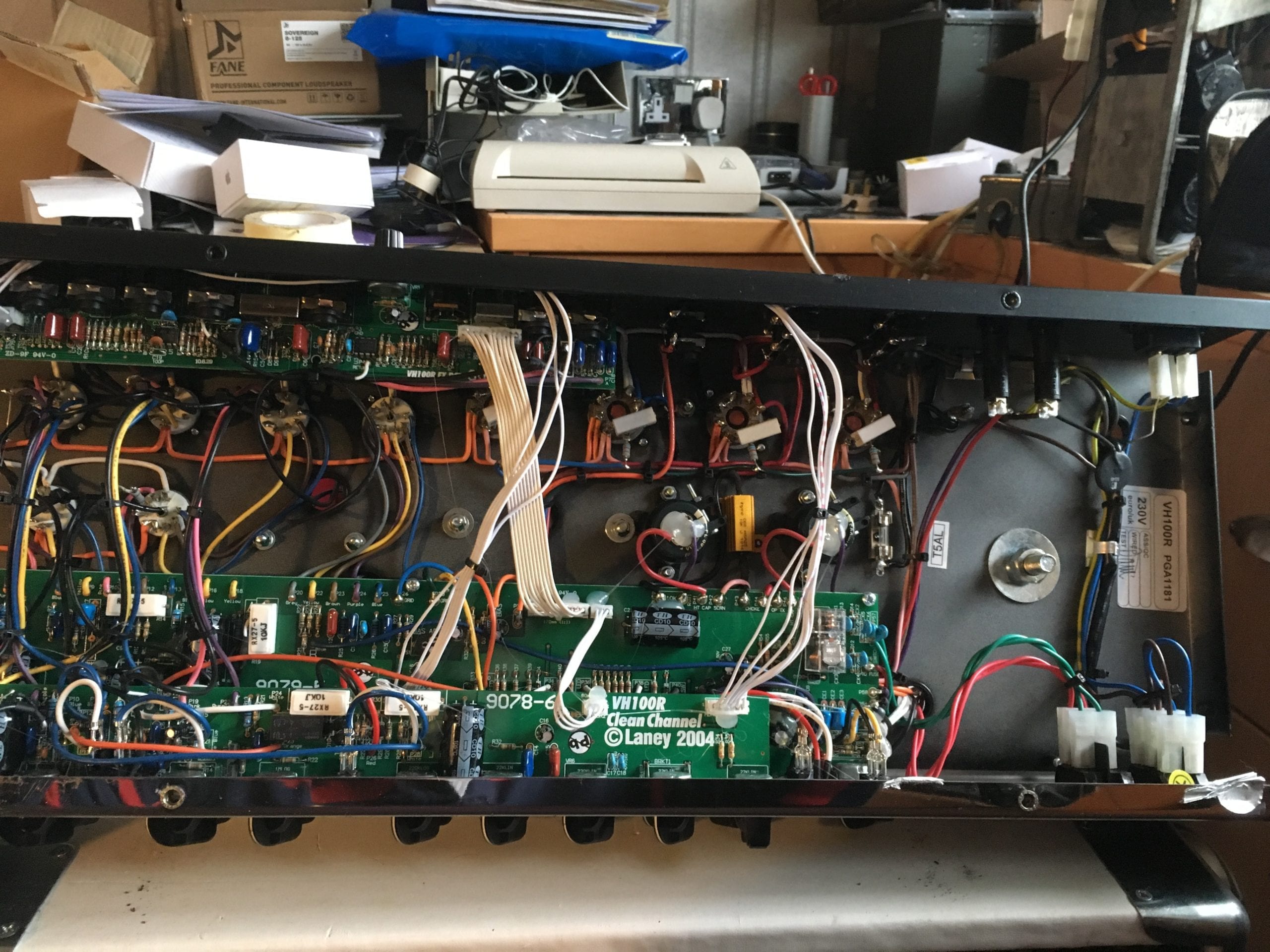 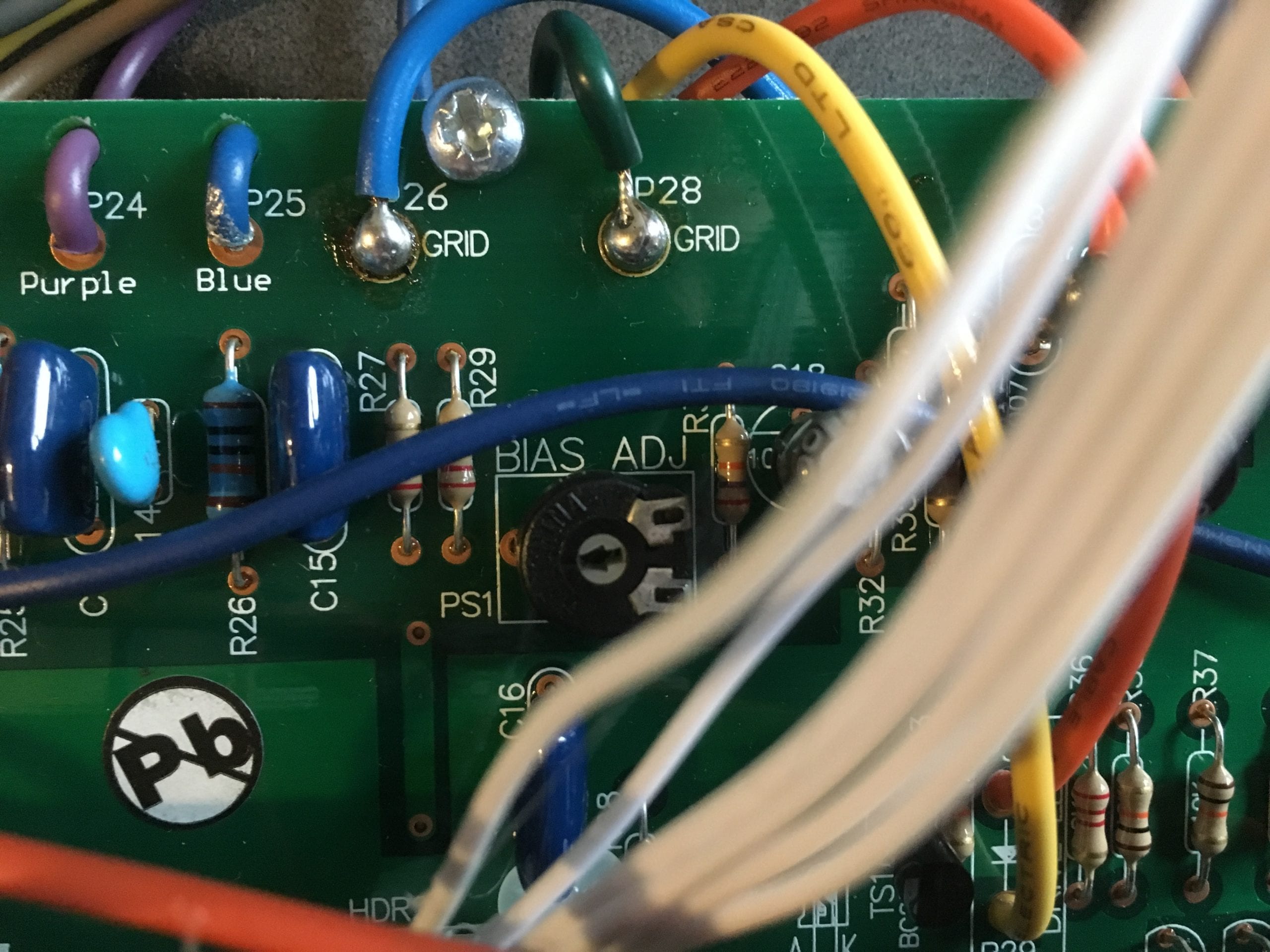 The amp was PAT tested for safety and ready to go. a quick simple service goes a long way to keeping a valve amp nice sounding and reliable.

It was nice to see a British amp !!