A two rock Gainmaster 35 arrived for a service. It is manufactured by the Premier Builders Guild LLC.  A fancy name! The amps are made in California and are around £2000..  They are built on a printed circuit style board which looks very like tagboard . See in the picture below. 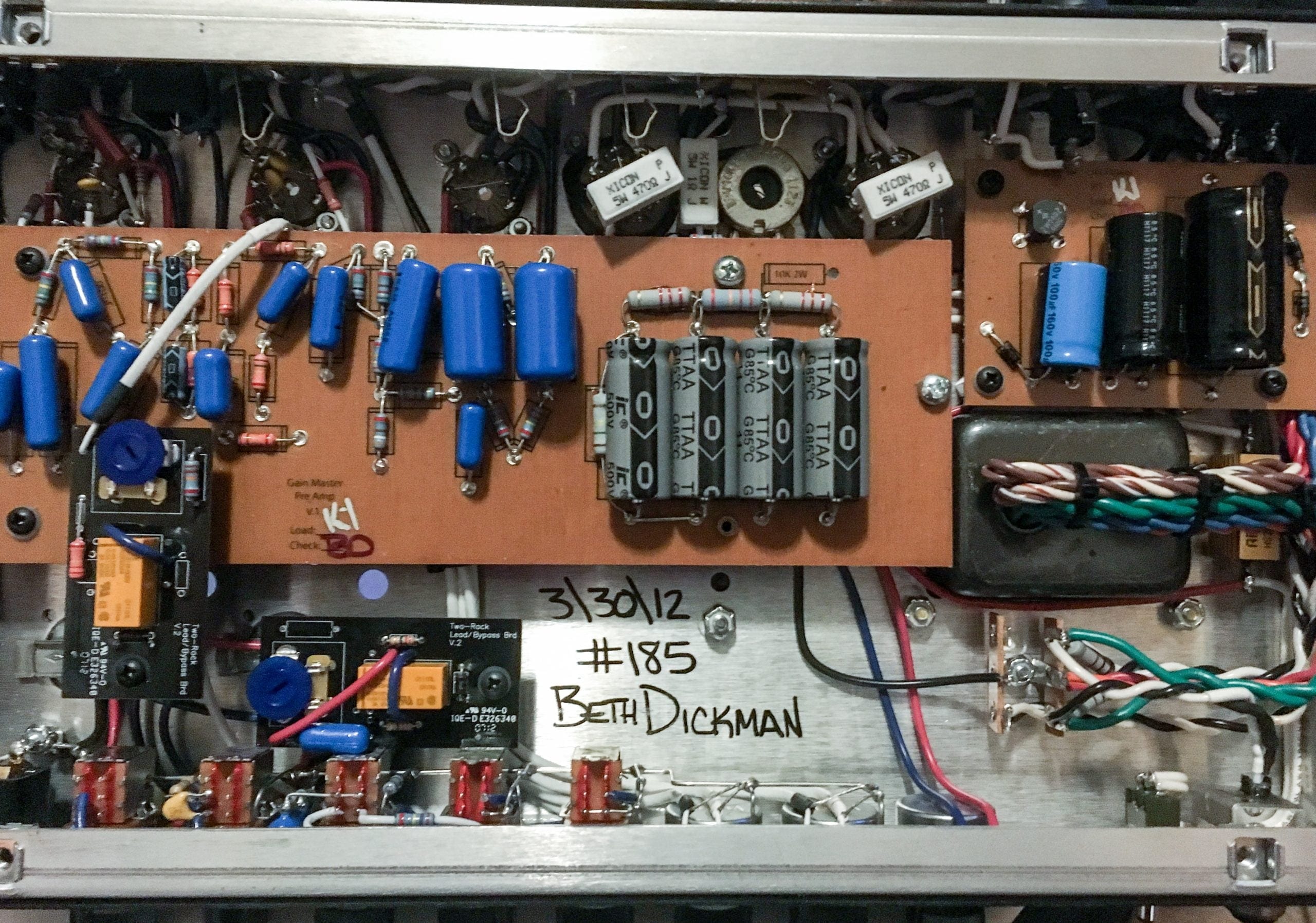 This amp is extremely well made and is a relatively simple straightforward design having two pre-amp valves, one phase splitter driving the two 6L6GC output valves.

The circuit is basically traditional Fender type circuit.  The rectifier is solid state. The pot for adjusting the bias is accessible when you remove the back panel and there is a test point to set the bias. Makes it very practical for replacing the output valves without taking the amp chassis out of the case. The picture below shows the bias pot which sits between the two 6L6’s and the bright triangle in the middle of the pot is the light shining through from the top side of the chassis. The two 470ohm resistors are the screen resistors 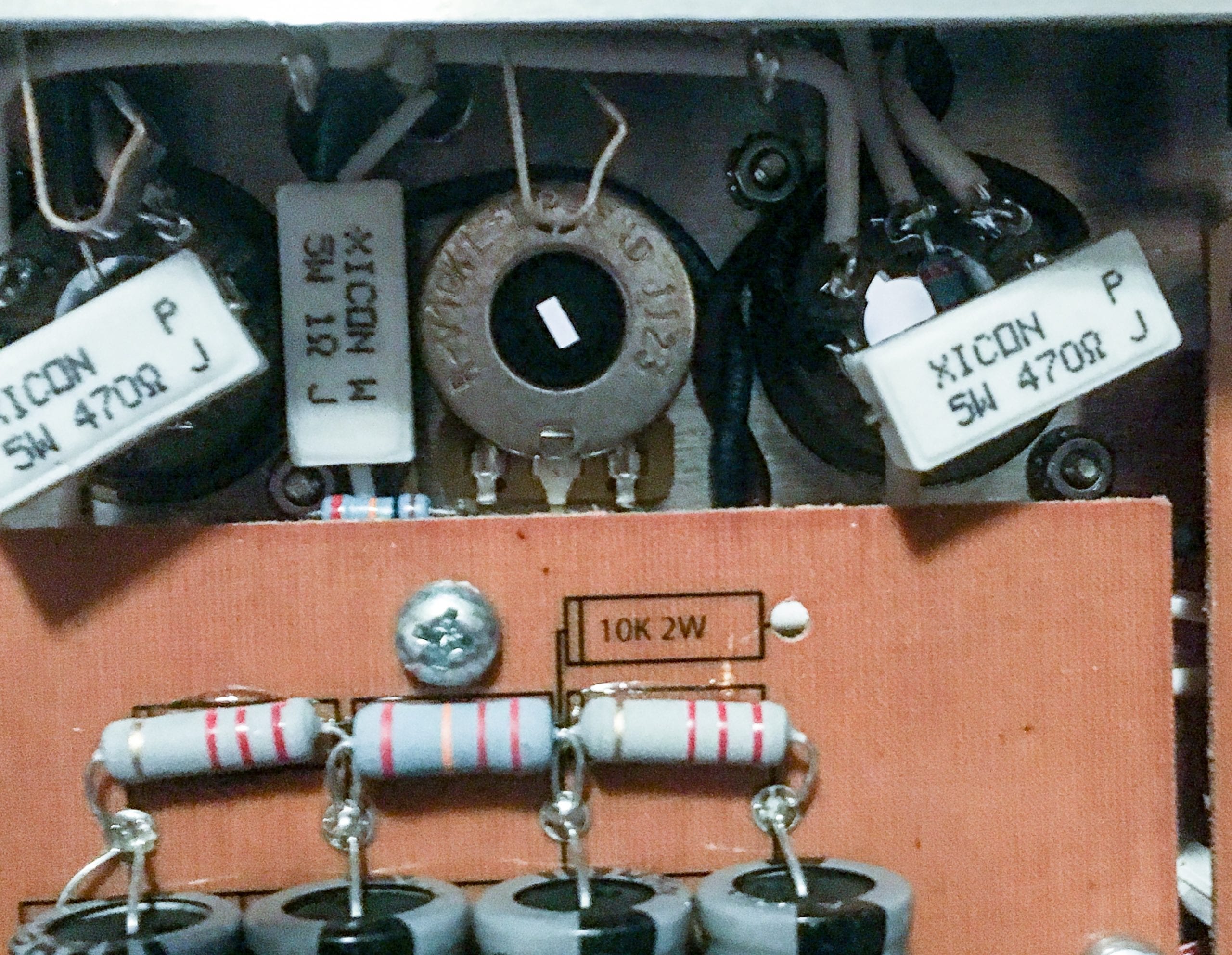 There are a number of pusshpull switches on gain controls and the switches were noisy so these were cleaned.

The valves were tested the 3 x12AX7’s were well worn/microphonic  and were probably at least four years old . A  balanced JJ ECC83S was used for the phase splitter and two Tung Sol 12AX7 were fitted.  These are good for low microphonics and a nice rich tone. One of the 6L6′ was now low emission and a pair of new 6L6’s were fitted. The bias was adjusted to get a clean but rich tone. 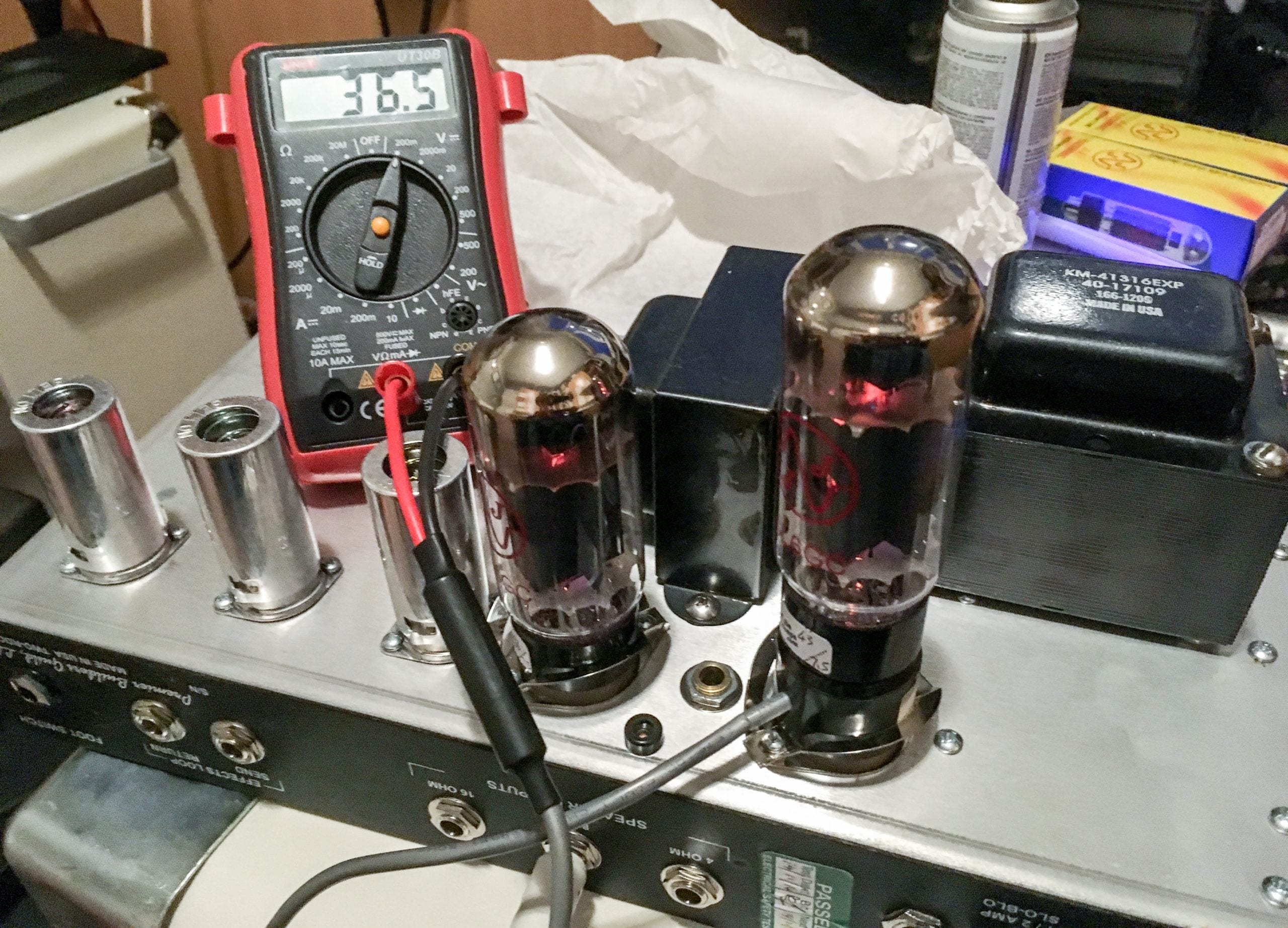 These choices were made because the player likes a clean rich tone and plays ( extremely well !) in a jaxx influenced style

The amp was re-assembled and PAT tested.  It is now young and fresh again !!