Its a couple of weeks since I wrote about  fixing amps and I had not seen a Fender amp to fix for a few weeks and then along comes four all on the same day !

In the cover picture we proudly present four broken amps

-At the Top a Fender Blues Jr III

-Underneath is a Fender Supersonic 40 watter

-to the left is a Princeton Reverb re-issue

-to the right is a Hot Rod Deluxe

All had different faults. I will start with the easiest and work towards the more difficult faults ( not hard to fix just more screwdriver work to get the amp to pieces !)

I had worked on this amp a number of months ago and replaced duff valves.  The owner reported that it cut out during a gig for 10 minutes and then started working. I soak tested it and it was working fine. Then I discovered that the input socket was intermittent. If you carefully held the jack plug in the right position it cut out. I stripped the amp down and cleaned the contacts in the jack plug and then noticed that a number of the joints around the jack plug and on the jack plug looked suspiciously dry. I re-soldered them and put the amp back together and I could not find the fault. Job done. 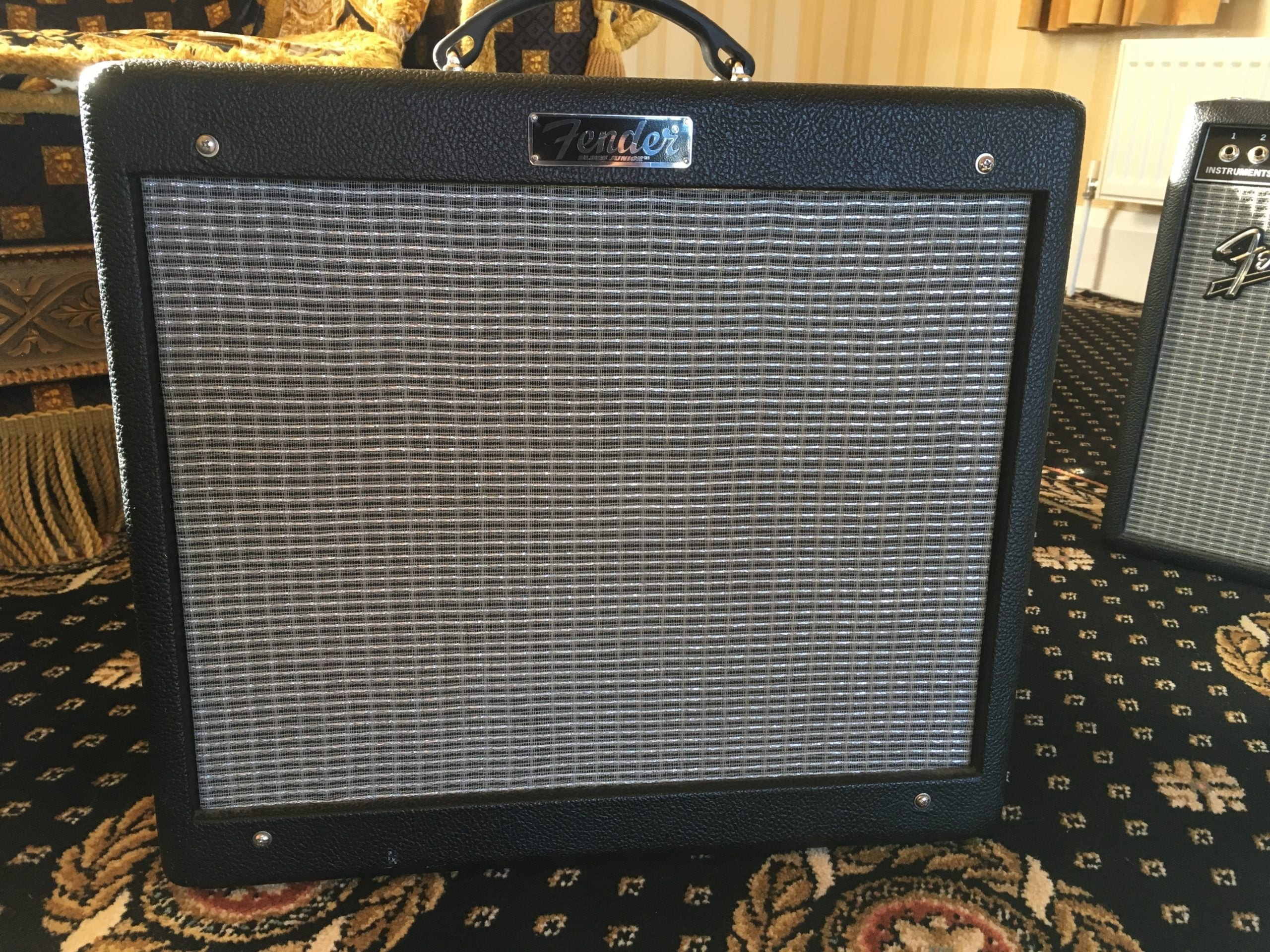 This amp was dead.  I usually take the back of amps and the first check is the valves as these are the most unreliable items in any amp.  Bothe output valves were white inside.  they had expired due to gas leaks.   So replaced the Groove Tube El84’s with a pair of Sovtek EL84’s as these are exactly the same valve, I also checked the pre-amp valves on the valve tester and found that the pre-amp valves were fine. One was a good match so put that on win the phase splitter position. Another Job done !

This poor little amp was totally dead. It had no voice We tested the valves and all were all good except for a totally worn out 12AX7 and the 12AT7 reverb driver valve was short circuited.  it is worth keeping an eye on the reverb driver valve in Fender amps. They run at 8-10 times the current of a 12AX7 and the extra drive is needed to drive the reverb pan. They get hotter and are more likely to fail before the other valves.  these were replaced. A tung sol 12AX7 was put in the front end at V1 and this richened up the tone. The Tung Sol 12AX7 work really well in Fender amps in the front end. the amp was now singing its title heart out again. Job done again!

I left this one to last on the list. These are amps that need a lot of care and attention. The clean channel had no punch to it and when I switched on the drive channel, it sounded like a one cylinder engined canal boat. Yes indeed it was motor boating.  this is a well known fault in these amps nd it caused by the failure of electrolytic capacitors in the power supply. Several were leaking so I replaced them all in spite of one still working. I used 105C capacitors rather than the standard 85C capacitors. The bias needed tweaking on this amp as it was running too high on the output valves and the owner preferred a clean sound. Two of the pre-amp valves had lost emission and were totally worn so these were replaced with JJ ECC83S.  The amp had a good Tung Sol 12AX7 already fitted so I moved that to the input V1 position.

On re-assembly the amp sounded superb as it should . Job Done !

With the exception of the Supersonic  these three amps belong to and coming band from York called “The Howl and the Hum” . I thought this a great title for this blog about fixing Fender amps. They have a  video on Youtube and you can watch it below.

We do work on repairing amps and can turn round amps in a couple of days.