Okay so I relented and worked on an amp with not one single lonely
valve/ tube inside. Time to fix a Trace Elliot GP7SM bass amp. I will have therapy to overcome this valveless trauma.
I agreed to work on this amp for a nice customer because it had suffered mechanical damage. A relatively easy repair.
It lead to me discovering a bit of amp archeology that I thought I would share. I found it interesting and it illustrated how the musical instrument world which appears to have loads of companies is really dominated by a few big brands.  The bottom line is that Trace Elliot, an original fine British brand, is now 100% all American. How did this happen?

I will first tell the story and then let you know what was up with this specific amp. Trace Elliot sold to a company called Karman. Then a series of owners followed, Fender , Gibson and finally Peavey.  The amp range was rationalised and today the amps are made in the USA.

The end result is that specific parts such as the knobs,  can only be obtained from the USA. The  costs of shipping, and customs clearance, makes the perts expensive.

These amps come with either bipolar junction transistor ( BJT)  or MOSFET transistor output stages. Our experience is that the BJT based amps are more reliable and last longer before needing work on them.

The issue with this amp is that the input gain control had been physically damaged. It was snapped off so the amp could not operate correctly. The knob and what was left of the pot shaft , no doubt, ending up rattling around the back of a Transit van and lost forever.

Another simple fault was the speaker right angled jack plug was broken. A broken plug can result in amp damage due to accidental short circuits. It was replaced with a quality jack plug. See below. 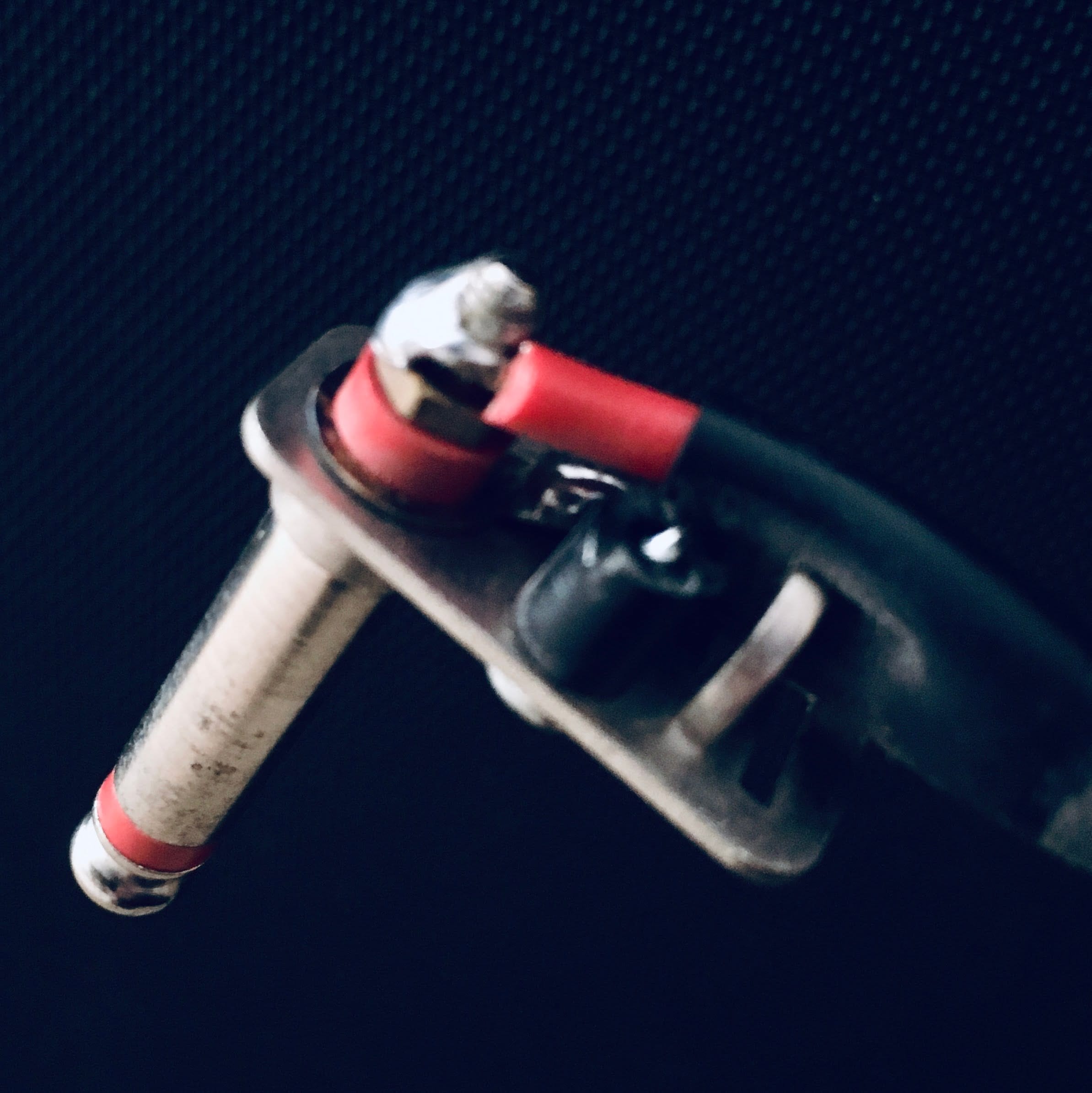 The repair was a one hour job including sourcing the right bits but we spent a couple of weeks waiting on the parts turning up.

Once fitted we noticed a very intrusive hum coming on the amp. The issue was traced to a connector that had badly oxidised.  It carries the DC volts to power the pre-amp board and the signal to the power amp board

The connector was removed and the connections hard wired to the board. For future servicing the wires can be unscrewed from the power amp board.

The amp was PAT tested and good. Note that these amps have a switch on the back to disconnect the earth. ALWAYS LEAVE IN THE EARTH CONNECTED POSITION.  Otherwise, the amp could be lethal.

Once  the repairs were done the 1995 Trace Elliot GP7SM is now ready to entertain again .

We normally specialise in valve amps and we carry a big selection of Slovakian and Russian valves in stock. Click here and have a look!