Another Fender Hot Rod Deluxe arrived .  This was one of the early ones in really nice physical condition dating from around 1998.   It was made in the USA.  Alas, I only ever see sick ones.  This one had about 0.2 watts out on full volume and totally distorted.

The valves had not been changed in years and the output valves were original Sovtek 5881’s rebranded as Groove tubes.  They were still kind of working when run on the tester.

So I started out with some basic tests I checked the power supply voltages and these were good. HT was at 420 volts.

The amp had those grey Illinois Capacitors.  These are grey coloured.  Amazingly all still working ( more on this later). This amp has never been gigged so this is why these capacitors are still alive.

When checking the valve voltages the phase splitter had zero volts on pin 1.   The resistor going to the pin 1 is R57 and it has a value of 82Kohms. This one had a value of infinity ohms. It was dead. An ex- resistor.

Phase Splitter Valve Socket on the valve board

It was replaced. It is a 0.5 watt resistor . It is quite common for these to fail. The wattage is fine for the amp but the issue is that low wattage resistors struggle with the high voltages. a one watt replacement is better. 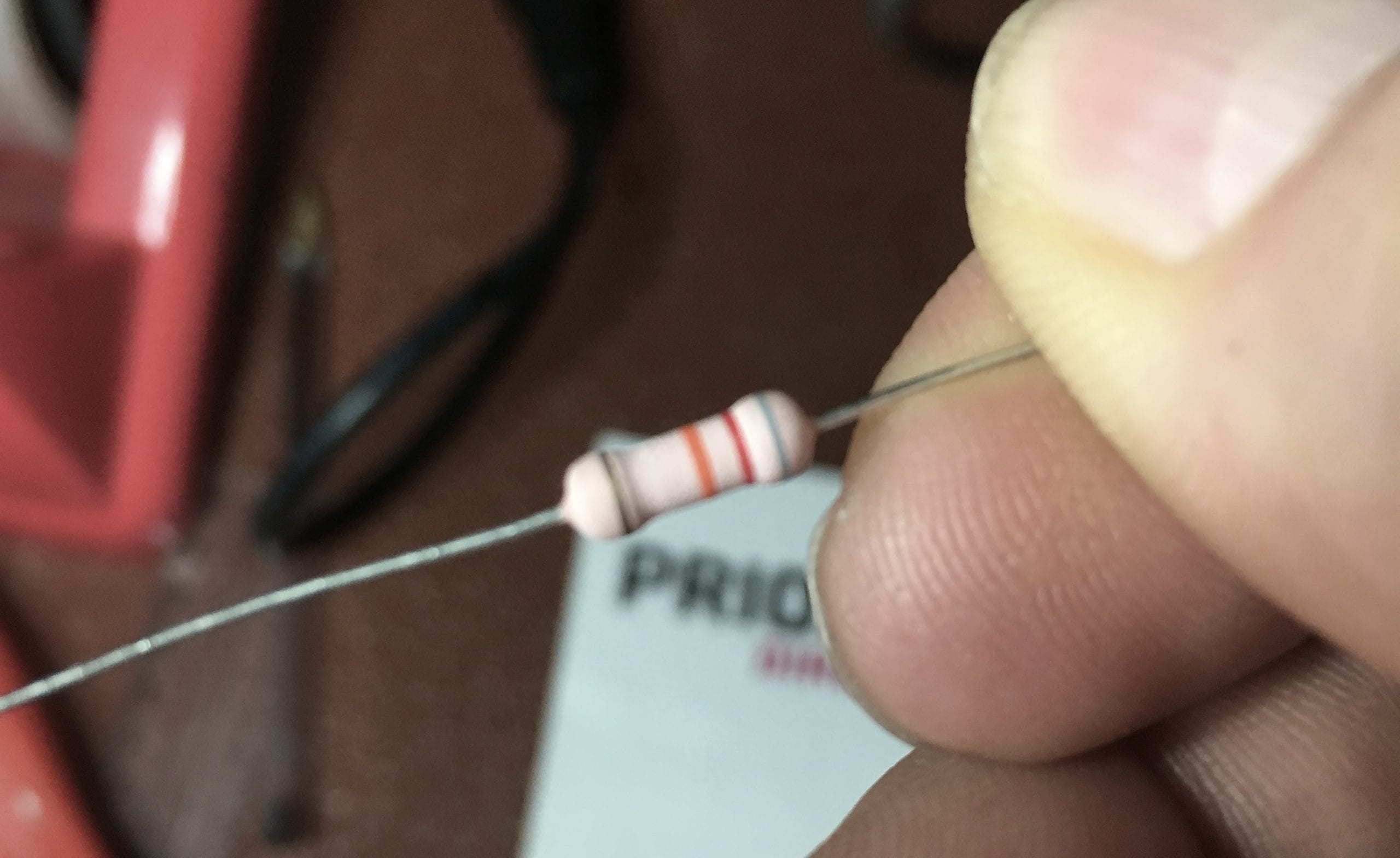 This particular amp has very light use so I replaced the resistor with a 0.5 watt one. The original lasted 20 years so this one should be good for another 20 years.

I tested the amp and it worked. However, the ancient pre-amps valves were badly microphonic.  This model was designed for the 12AX7A. Mos folks just stick in an ECC83 or whatever 12AX7.  The letters do mean something and the “A” means lower gain. I fitted three Sovtek 12Ax7WA.  the W means ruggedised.

The amp last 5 minutes. and then died again ! So there was much wailing and gnashing of teeth plus a few old English words used.  The issue was tracked down to the extension speaker jack socket.  The pots were all very noisy  so out came the super contact cleaner and all were treated and wiggled around.

Hey presto ! We are in business the amp is running.  There was a slight mains hum and this is due to the ageing electrolytic capacitors. I agreed with the owner that we would leave them for now.  Watch out if the mains hum starts to increase in your older Fender Hot Rod Deluxe. It can be a sign that on or more of  your electrolytic capacitors are about to fail. ( but make sure your output valves are OK as sometimes, mains hum is due to the output valves)

I put the amp back together and PAT tested it. Then it was a soak test and then a Fender Hot Rod Deluxe went back to its very happy owner in less than a day.

Next amp for work is a  50 watt Soldano Reverb-O-Sonic.  The next blog will be the Soldano.